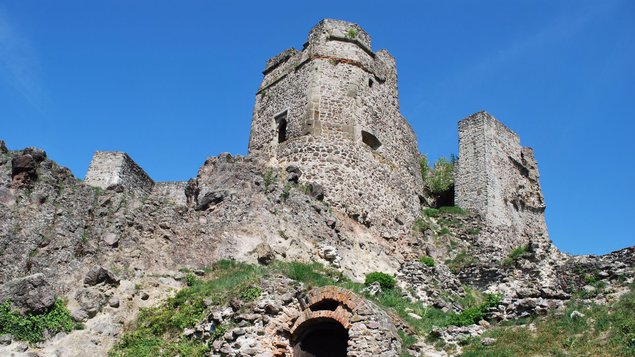 The oldest historical architectonic sight, that is an adornment of the town Levice, is the stone castle from the end of the 13th century. The exact  time, when it was built, is not recorded in any archive materials.

However, we know that for its erection a strategically well – protected site on the foreland of Štiavnica mountains range  had been chosen. From the castle there was an outstanding view of wide surroundings and a muddy terrain around it made an access to it very difficult.

The first well-known owner of Levice castle was Matúš Čák Trenčiansky. The first written record about its existence comes from 1318, which  mentions Jule from Topoľčianky as a castellan and adherent of Matúš Čák. After his death in 1321 the castle became the royal property. The King Charles Robert, who was staying alone in the castle from 21 August to 29 August 1321, donated Levice castle and its

manor to his wife Elizabeth. Imrich Bechei, who also became the head od Tekov county, was delegated to administer the castle.

Population from surrounding villages began to move  below the strengthening castle and thus a village New and Big Levice, which belonged to Levice castle, came into existence in the 14th century. Its growing importance is evidenced by the fact that the King Ludwig I summoned so-called palatine´s meetings to solve different issues there.

In 1388 the King Sigismund of Luxemburg donated the castle along with the castle manor to Ladislav from Šárovce, whose son had already  used name Lévai Levický, later Čech. He was a very loyal adherent of the King Sigismund of Luxemburg. He was holding several ranks on the royal court and also  fought against the Hussites. Levice castle belonged to their family line for over 1 and half century. The last of them Jan died in 1553 without offsprings and thus the castle became the royal property again.

The report about fire comes from 1434, in which all archive materials and charters of squires had been damaged.
In the 16th century Levice castle became a scene of frequent battles against the Turks. In 1543 the castle became one of 15 anti –Turkish forts. The Turks made the first attempt to seize it in 1544 but the attack was beaten back. They were cast out of the town through the gate (nowadays opposite the mill), later named after Melicher Balass who was in command of the castle garrison.

In 1560 a Jager hero Štefan Dobó, who extended the castle area by fortified renaissance manor house,  had become an owner of both the castle and its manor. This magnificent building was completed by his son František. After his death
Sigfrid Kolonich( husband of Žofia, a daughter of František Dobó) became an owner of the castle. He donated a great part of his possession for reconstruction of the castle and funding the castle garrison. He encumbered himself with  such na enormous debt, that after his death there was nobody who would bury him and that way  would take over all his debts. His dead body had been lying unburied for many years, until  1638 at the King Ferdinand III´s bidding his body was secretly without a priest put into the crypt of St. Michael´s church in Levice next to his wife. Strengthening Turkish danger was the reason of the castle reconstruction. In 1635 it was reconstructed  according to Italian fortification system, moats were filled up with water, cannon bastions and a drawbrige were built. In the 1660s Turkish combats got stronger and Turkish attacks even did not get around Levice castle and neighbouring villages. On 2 November 1663 the vice – captain Gašpar Bartakovits left the castle at the tender mercies of the Turks without resistance and Čatra Patra Ali pasha became the captain of the castle. What the castle looked like that time was depicted by Turkish traveller Evliya Čelebi: „ Levice castle is the building which must be seen. Inside of the castle is small. Stone square – shaped construction has 6 small towers along its perimeter. Inside there is the captain´s house, an armoury and granaries. There are no other buildings. It has a small gate facing to east. Moat of the internal castle is filled up to the edge by water from the river Hron and it is muddy.“

Turks occupied the castle for less than a year. Imperial army led by General de Souchesa claimed an important victory at the battle of Levice, which took place beneath the town´s castle   and seized the town on 13 June 1664. The Turks capitulated and left both the town and the castle in accordance with a signed agreement. The Turks could hardly accept the loss and therefore they sent off the troops to seize the castle back. On 19 July 1664 a crucial battle  occurred there. The Turks were defeated in very heavy combats, Štefan Koháry, the captain of Ugrian troops, was also killed in the battle.

The last important chapter in history of this very important military fort were the years of noblemen´s  War of Independence led by Francis II  Rákoczi to topple the rule of the Habsburgs over Hungary. On 17 September 1703 under the command of Ladislav Ocskay kuruc forces occupied Levice castle which Rákóczi considered a very significant strategic spot. On 3 January 1704 a military session took place in the Levice castle, which Rákóczi also took part in. In the battles of insurrection Imperial troops, sometimes kuruc forces were winning alternately. In November 1708 János Bottyán, who openly switched to the side of Rákóczi, seized Levice castle again, but that time it had already been in a very bad condition. János Bottyán did not have a sufficient number of people to establish a permanent garrison force, therefore  at the end of February 1709 he let the castle knock down. Fort was set on fire, powder mill was blown up, moats and the castle well were filled up with rubble and thus the castle lost its importance as the  frontier castle. Since then it has never been rebuilt and its ruins just give evidence about its old days. Well – preserved part of the castle area, Dobó´s Mansion and the Captain´s building  served to later owners of Levice castle and its estate. In the years 1688 – 1867 they were owned by Esterházy family. The property was later taken over by influential Vienna bankers – Shoeller brothers. The family owned both Levice castle and castle estate till the end of WW2. 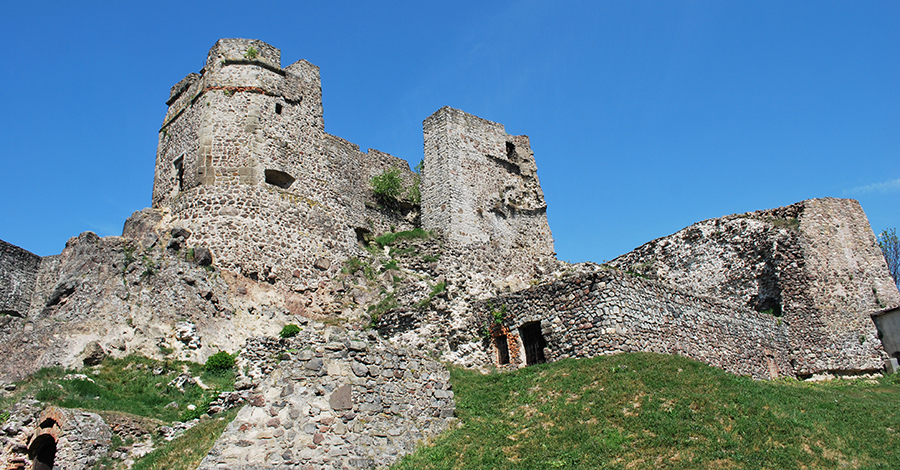 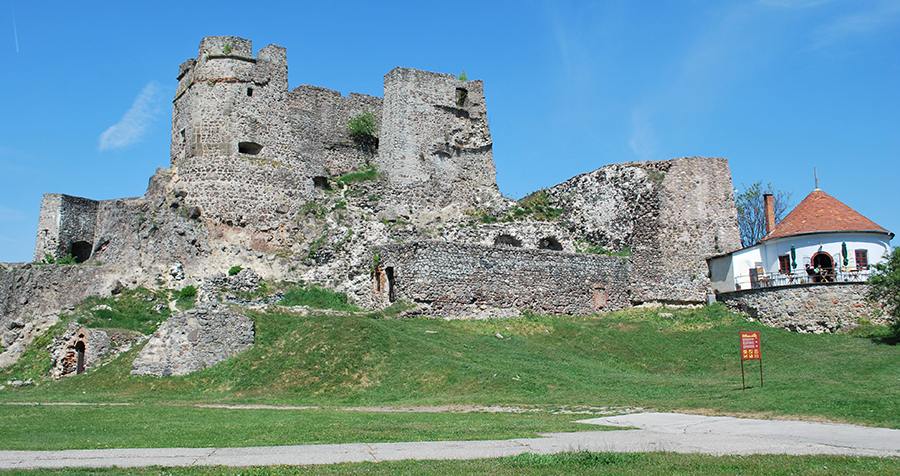