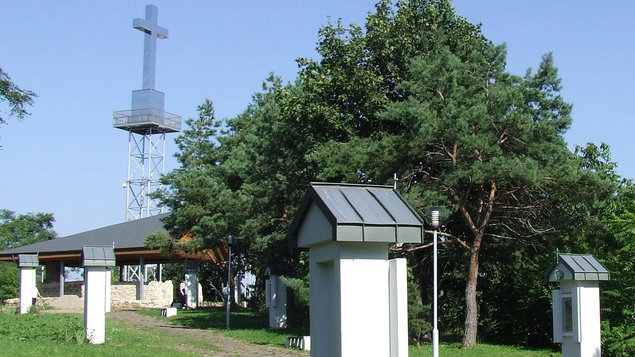 Calvary can be found on an easy hill  on the northern part of the town. Probably from the beginning of the 18th century the Chapel of  Advancement of St. Cross was standing here fenced by the wall, where there were 3 wooden crosses as well as  a wooden belfry. 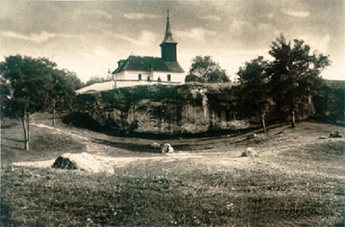 Around the year 1800 the chapel was changed to a small church. In the 19th century probably 5 independent stations of the cross were added. Memorial stone at the entrance to the  renovated area commemorates history to present visitors of Levice calvary.

Until the end of WW2 Levice calvary was in a well – preserved condition. The beginning  of its end occurred after liberational combats at the end of the war, when calvary got very seriously devastated.

After the war citizens used the masonry from damaged objects as building materials to repair their houses. Just small remnants of the church´s walls and fence have  remained. 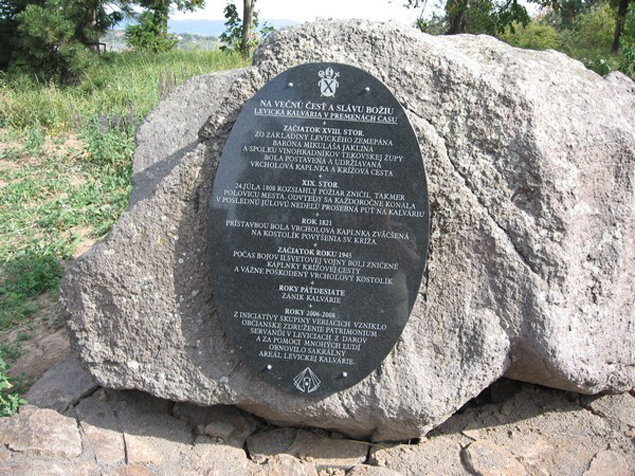 On the remnants of the former calvary a new one has been built up. Revitalization of Levice calvary has been managed by Patrimoniun Servandi NGO. 14 new Chapels of the stations of the Cross have been built up and a torso of the historic church of Advancement of St. Cross from the 18th century has been preserved. Revitalization project of both spiritual and recreational area of Levice calvary is still planning park reconstructions, building a nature trail, view terraces and a protective wall. Roofing of the chapel as well as  new stations of the Cross were reconstructed in 2008. In 2010 a 7 meter high metal cross was fixed to the structure of the tower on the land of calvary.

The observation tower on the calvary is made accessible to public in case of favourable weather conditions on Sundays (May – October ) from 14.00 – 16.00. 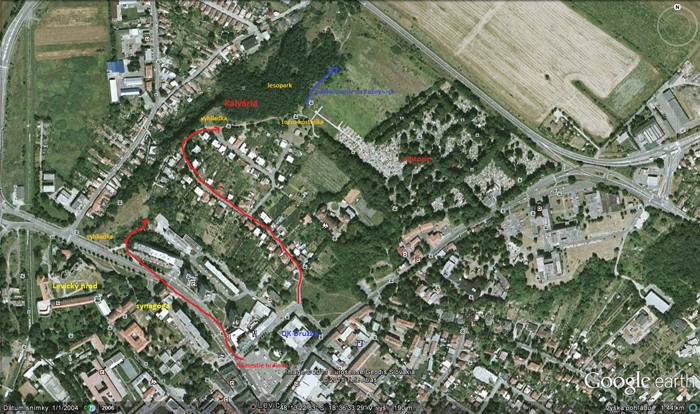 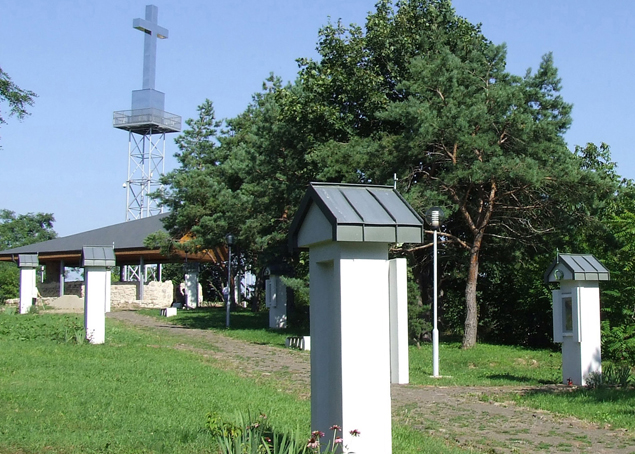 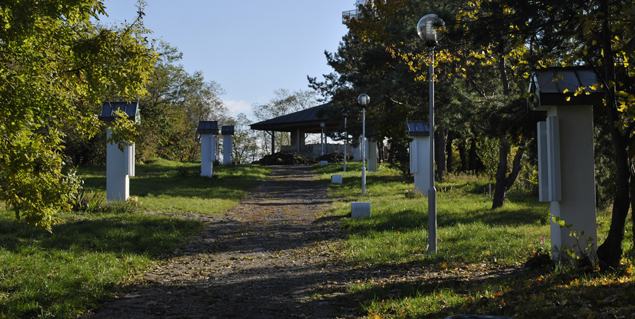 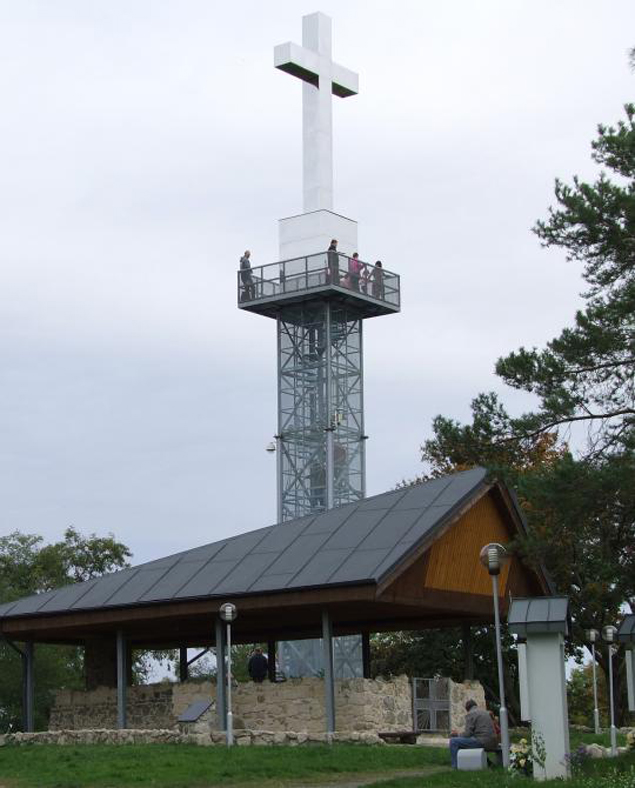